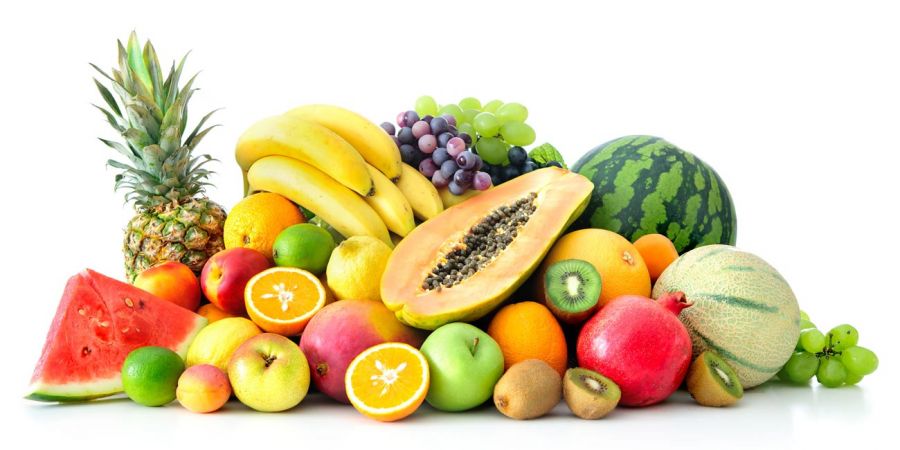 First things first: There’s no such thing as a “bad” fruit. In fact, any type of fruit can be part of a healthy diet, and even if you’re trying to lose weight, we recommend you eat any fruit you like, as long as it helps you eat more fruit in general.

That’s something most of us should be working on, since only 12 percent of adults eat enough fruit on a daily basis, according to a November 2017 report from the Centers for Disease Control and Prevention.

Trying to Lose Weight? Eat More of These 6 Fruits

We know an apple a day keeps the doctor away, but it may help keep a few extra pounds at bay, too. The key is to eat apples with the peel, because that’s where a specific compound called ursolic acid is found.

In a March 2017 paper published in Obesity Reviews that analyzed the research on ursolic acid, researchers concluded that the compound is linked to an increase in thermogenesis (calorie burn), increase in skeletal muscle mass and improved physical fitness.

An older March 2008 study published in Appetite had women eat either three apples, three pears or three oat cookies per day. All of the options were similar in calorie and fiber content — providing about 200 calories and 6 grams of fiber. After 10 weeks, the apple and pear groups ended up eating significantly fewer calories per day compared to the oat cookie group and they also lost weight while the oat cookies group saw no change in their weight.

ALSO READ:   How to Lose Weight in 3 Days Naturally

All berries are a great pick, but raspberries and blackberries are some of the fruits highest in fiber, according to the United States Department of Agriculture.

Fruits in general are also an excellent source of phytochemicals, but blackberries were called out in an October 2014 study in Nutrients, highlighted for their high phenolic content. The authors reported that certain phenolics found in fruit are known “anti-obesity compounds” and included that blackberries — in addition to wild blueberries — have some of the highest phenolic phytochemical content.

Watermelon is delicious anytime you can get your hands on it, but it’s especially perfect for summer because it’s so hydrating. More than 90 percent of the fruit is water, per the USDA. This not only helps you meet your fluid needs for the day, but it can also help with managing your weight by keeping you feeling full.

A March 2019 study published in the journal Nutrients tested this theory. Overweight and obese adults were given a daily snack with the same amount of calories: two cups of fresh watermelon or low-fat cookies. After four weeks, the watermelon group lost significantly more weight, decreased their waistlines and produced a greater satiety response compared to the cookie group.

Despite being an especially sweet fruit, mangoes can absolutely be part of your weight-loss journey. Their sweetness alone may be helpful because it can help temper a raging sweet tooth.

A January 2013 study published in the Journal of Nutrition & Food Sciences found that those who enjoy mango typically consume less sugar and weigh less. The researchers noted that mango-eaters also have a higher healthy eating score, including taking in more fiber and other vitamins and minerals.

ALSO READ; 7 Things That Happen If You Eat Mango Every Day

Mango contains 100 calories per one-cup serving, along with 3 grams of fiber. The tropical fruit is also hydrating — 84 percent of mango is water. Additionally, preliminary research published in Food & Function in May 2012 found that mango extract may inhibit fatty tissue formation.

Yes, avocados are a fruit — albeit a high-fat fruit — and a January 2013 study published in Nutrition Journal determined that avocado consumers may be better off.

The researchers compared the diets and overall health of those who regularly consume avocados versus those who don’t and found that avocado-lovers weigh significantly less and have smaller waistlines. They also tend to eat more vegetables, fruit, fiber, vitamins E and K, magnesium and potassium and fewer added sugars compared to those who pass on the green fruit.

ALSO READ; 10 Reasons Why You Should Eat An Entire Avocado Every Day

A May 2019 study published in Nutrients looked at the effects that adding a half or a whole avocado in place of carbohydrates would have on hunger hormones and satiety at breakfast. Results showed that even though subjects ate the same amount of calories, the breakfasts that had the addition of avocados led to greater suppression of hunger and greater reported satisfaction post-meal for both avocado groups.

ALSO READ:   Will My Blood Glucose Go Down If I Lose Weight?

OK, we’re definitely not talking about the grapefruit diet here, but rather, eating grapefruit in general to help meet your weight-loss goals.

First, more than 90 percent of the fruit is water, per the USDA, which makes this a very-low-energy-dense food. These types of foods, including non-starchy fruits and vegetables, are at the center of the Volumetrics Diet, which rated #2 as the best weight-loss diet in U.S. News & World Report’s 2020 round-up.

This is supported by an earlier June 2011 study published in Nutrition & Metabolism, which compared the effects of grapefruit, grapefruit juice or water consumption before a meal. The results found that while there was no difference between the three scenarios, all of them led to weight loss and decreased energy intake.